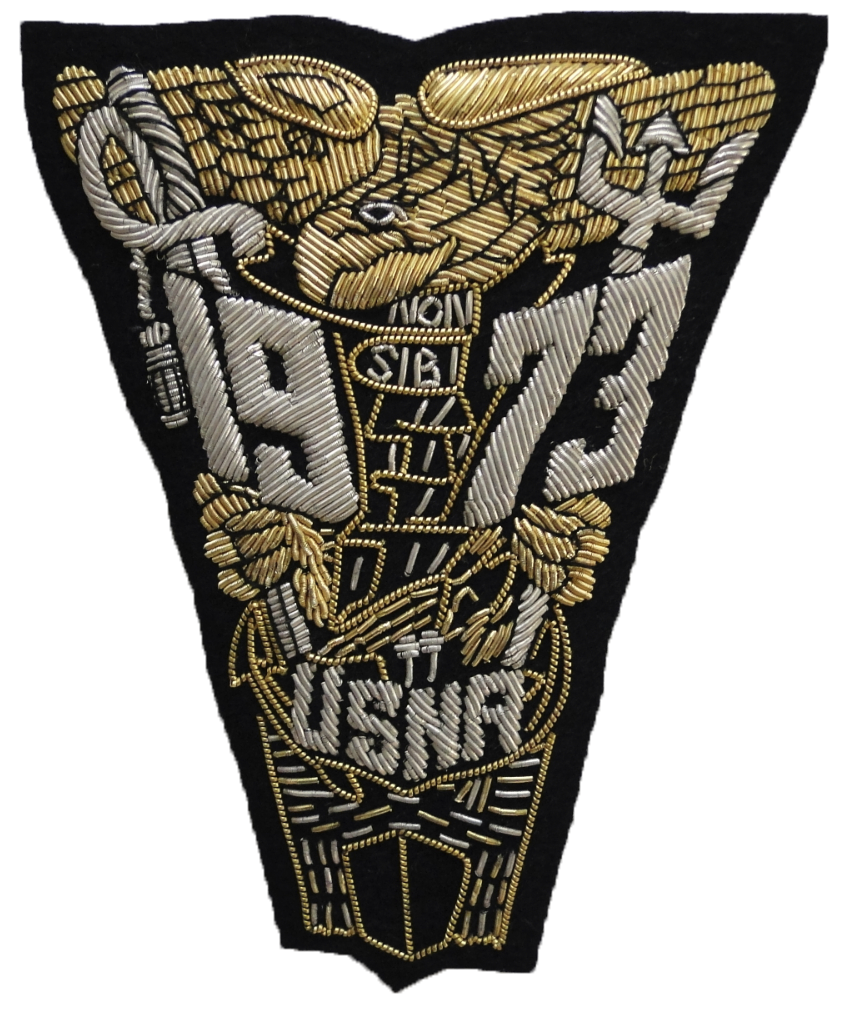 RECENT DEATHS:
2 AUG 2022 – Rory H. Fisher passed away peacefully on 2 August 2022 in Richmond, VA, after living courageously with Frontotemporal Dementia (FTD) for a number of years.  An obituary is provided in the alphabetical memorial section below.  Rory will be inurned on April 28 April 2023 at the United States Naval Academy. 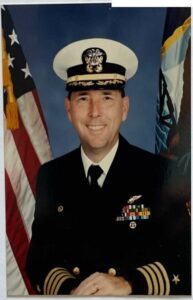 5 MAR 2022 – Donald Hugh Atchison, 71, of Charles Town, WV, unexpectedly passed away in his sleep during the early hours of February 27, 2022. He lived in Charles Town WV.  Funeral services were held at Fellowship Bible Church on Thursday, March 3rd, 2022. An obituary is provided in the alphabetical memorial section below. 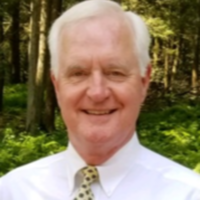 30 DEC 2021 – Edward Randolph Reinhardt passed away on 27 Dec 2021 from cancer.  Current plans are for his remains to be inurned at the Naval Academy Columbarium Edward RandolphReinhardt_Obituary

“The family has two services planned for Randy.   The first Service will be held at the Naval Academy on Thursday, January 20th @ 10:30 AM in the Chapel.  This will be followed by inurnment at the Naval Academy Columbarium.  Following this ceremony the family will be hosting a luncheon at the Officer’s club on the Yard.

If you plan on attending, please email Dan Thigpen (dan.i.thigpen@outlook.com) with the number in your party by January 15th.  He will consolidate and forward the attendees to the family. The O’Club does require proof of vaccination (a picture on your phone or the card) or a negative covid test within 72 hours of the event. Masks are required for all DOD facilities while indoors.

The second service, hosted by Randy’s family, Church and School. It will be a Celebration of Randy’s Life on Saturday April 9th at Chapelgate Christian Academy where he instructed for 10 years.  Details for this much larger event will be provided when available.”

17 Sep 2021 – We received notification that one of our 20th Company classmates, Paul Vincent Fitzgerald III, passed away recently. Additional information will be provided when it is available.

19 May 2021 – Don Price provided the following information: One of our 19th company ’73 classmates, Fred Sexton, passed away on May 7th from complications of dementia.  Fred separated in ’71 (so did not graduate) but stayed in touch with many of us.  He was a long time scientist at Sandia labs.  We are in touch with one of his daughters re arrangements for his funeral in New Mexico…Currently there are no plans to have the service…on Zoom but I will provide that information if there’s a change.The service will take place on Saturday, May 29th at 10 am at City Church of Albuquerque in downtown Albuquerque. 5300 2nd St., NW 87107.

An obituary for Don is provided in the alphabetical memorial section below.

March 29, 2021 – Our classmate from 1st Company, Ray Herring, passed away on Tuesday, March 23, 2021 in Alabama due to an existing heart condition.  Please pray for his wife, Barb and his family. More details are provided in the alphabetical memorial section below.

A private memorial service will be held at the U.S. Naval Academy in Annapolis, Maryland on June 23, 2021 at 10am.

Considering Ray’s passion for lifelong learning and encouraging young people to explore and engage with information, as well as the fond memories that his children and grandchildren have of visits with him to the Library of Congress, the family requests that in lieu of flowers, donations be made to the Elizabeth Ridgway Education Fund at the Library of Congress. https://www.loc.gov/philanthropy/online-donation/fund/Elizabeth%20Ridgway%20Education%20Fund. 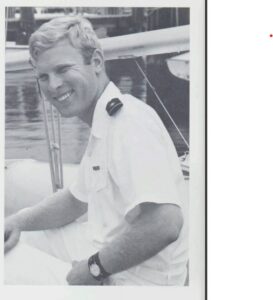 March 24, 2021 – Bruce Michael (‘Pop Pop’) Bachman, 3rd Company, passed away on March 18, 2021, after a courageous and faith-filled battle with lung cancer. A celebration of life service will be held at Grace Lutheran Church, 327 Avenue C SE in Winter Haven on Saturday, March 27th, at 1:00 p.m. The service will be livestreamed with access available on the Grace Lutheran Church website, https:www.glwh.org. Immediately following the service, there will be an informal reception with the family at Venue650, 650 6th Street in Winter Haven. Social distancing and mask wearing per CDC and local guidelines will be observed at both events. A private burial service will follow at a later date. 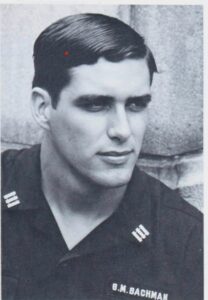 March 4, 2021 – We were just informed that classmate Jeffrey D. Welsh passed away on December 24, 2020.  No additional information is currently available.  Jeff was a member of 11th Company.
August 8, 2020 – Ray Wenderlich (1st Company) passed away after a long term illness.  There will be a Mass of Christian Burial at Jesus the Good Shepherd, 1601 W. Mt. Harmony Road, Owings, MD, on Thursday, December 3, 2020, at 11:00 am.
August 8, 2020 – Steve Nichols (21st Company) passed away on August 8, 2020 in Norfolk, Virginia. A private memorial service celebrating his life will be held at 10:00 a.m. on August 17 at Crossroads Church  There will be a live stream of the memorial service available on www.crcnorfolk.com   A family inurnment ceremony with be held at the US Naval Academy Columbarium in Annapolis, MD at a later date.
May 10, 2020 – Brad Knutson (30th Company) passed away after a long battle with cancer.  Due to the coronavirus pandemic, a small family graveside service was held in Hoover, Alabama.
April 14, 2020 – Dennis Dwyer passed away following a long struggle with Alzheimer’s Disease.  More details are provided in the
alphabetical memorial section below.
March 20, 2020 – Bob Wakefield passed away at his home near Annapolis following a long struggle with ALS.  More details are provided in the alphabetical memorial section below.

Classmates, at the recent Council of Class Presidents meeting, the President of ’98 discussed how 7 of their 18 deceased classmates committed suicide. ’98 has had 4 operational losses, and if those are excluded, then suicide is responsible for 50% of ’98’s lost classmates.

The question of how USNA’s suicide rate compares to society at large was presented, but we have no data. Neither the Navy nor USNA track suicide by commissioning source. There are support groups to assist families of suicide losses, and ’98 is trying to assist, and gathering data is one part of realizing the need.

Nearly 90 of our Classmates have died. Do you know if any were by suicide? I do not need name, just a knowledge to assist in this data gathering exercise.

Separate but related to this project, ’98 is independently pursuing a tool that can help classmates provide support to other classmates, and that will be shared if and when it is ready.

Though there is no immediate urgency, we do want this effort to move forward, and I ask for your replies at your convenience.

Rev. Randy Reinhardt ’73 provided some very meaningful remarks at the Memorial Service, which included some comments on the late Senator John McCain, who was to be buried at the Naval Academy the following day.  The following link contains the text of Randy’s remarks.  Randy Reinhardt’s Reflections – 45th Reunion. Sep. 1. 2018

Please contact the Class of 1973 webmasters if you know of a “fallen classmate” to add to this list, or if you are providing changes and edits, obituaries, or additional information for any of the following individuals.  Our special thanks as we endeavor to keep these shipmates and their families in our hearts.  We would like to include links to the obituary, eulogy, and other memorials for each departed classmate…we are in the process of updating, adding burial information and obituary links for each classmate…You can even send us a nice “short” story about one of these classmates…. and, a picture or two of them playing USNA sports or participating in activities… plus a picture of them out in the fleet… Thank you so much!

The following classmates passed away prior to graduation:

The following classmates passed away after graduation: